When in Copenhagen, don't miss out this famous amusement park. Do dare and take a ride!

Welcome to a fantasy land, where both kids and grown-ups will discover the joy of ridding coasters and experience cool building challenges.

Know as "The Ring" between enthusiasts, the track was built in 1925 and it is considered to be the toughest, most dangerous and most demanding purpose-built race track in the world.

The relation between theater and religion was all through history a double-sided sward, but in the same time an inseparable entity. Sometimes opposing and confronting each other, other times using each other's language as a cause, a object, a reason or even a subject, theater and faith both aim humans heart, one offering joys of the unseen and eternal life, while the other deals with tangible matter of life here on earth. The two meet in Teatro de La Abadía: a live heart beating in the body of the former Church of La Sagrada Familia, and in the Functions Hall, renamed as the Sala Juan de la Cruz and Sala José Luis Alonso. The stage and the public are set in proximity to each other, so sharing the theatrical emotion from human body to human mind is natural. This approach is based on words and synergy, continuing the great tradition of European theatre. Teatro de la Abadia became in the past ten years one of the best independent theatrical institutions in the Spanish capital, Mad

The Olympic Theater (Teatro Olimpico) in Vincenza is the last masterpiece of Andrea Palladio -one of the greatest architects of Italian Renaissance- and was not completed until after his death. This is the oldest surviving theater building in the world, being constructed in 1580-1585. Its value in the history of performing arts is without doubt inestimable, after becoming the first purpose-built theater in Europe in over a thousand years. The theater owns the oldest surviving stage set: the background designed by Vicenzo Scamozzi is a trompe-l'oeil installed in 1585 for Sophocles' Oedipus the King, the first performance held in the theater. Teatro Olimpico owns a stage where history was made. This theater witnessed most theatrical improvements in history. The trope-l'oeil or "tricking the eye" technique for example, is an art that uses a very realistic image in order to create optical illusion that shows objects in three-dimensions instead of being a two-dimensional paint.The use of

The Globe Theater in London has a very long history. Built for the first time in 1559 by Shakespeare's playing company, the theater could house up to 3,000 people in a three-storey open-air amphitheater about 30 m in diameter. Recent research indicates that a polygon of 20 sides outlined the interior of this original setting vs. the previous assumption of an octagonal shaped building. The angle of the perspective was drastically changed: while some people couldn't hear very well what was happening on scene, some others did not have a frontal view of the performance. Only 54 years after its opening, the Globe Theater was destroyed by a fire. One year later it was rebuilt and only another year later it was closed again by the Puritans. In 1644 the theater was pulled down. The Globe's Architecture was based on the Ancient Rome's Coliseum, the public being arranged in an amphitheatre. The initiative of rebuilding The Globe was Sarn Wanamaker's, an American producer, actor and directo

The playhouse imagined by the Düsseldorf architect Bernhard Pfau is one of the greatest theater constructions built after the war. Not only its curved lines and wavy walls, but also the on-going modern and experimental performances that are alive in this playhouse make the theater one the most modern theater institutions in Germany and not only. Although planning of the playhouse had begun in 1959, the political instability delayed with more than a decade the opening of the new playhouse; in the mean time the public was polarized, and with the final costs amounted to some 40 million DM, the opening on the 16Th of January 1970 turned into a complete scandal. No tickets were sold to the open public, and only guests were permitted to participate at the official opening performance. The demonstrates disputed public rights to take part of the cultural life of the city, but also aimed a general critique to traditional cultural institutions. Twenty people were arrested and several injured 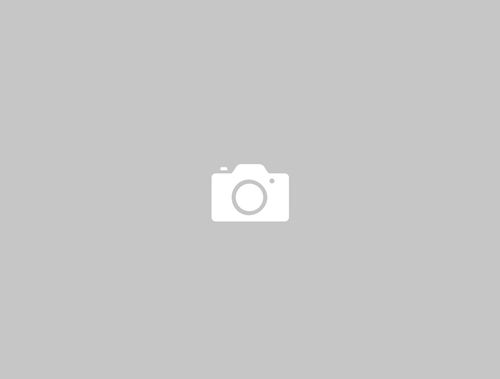 An impressive museum, showing exactly what communism meant and how people suffered because of it.

Situated at 30 km from Brasov, the castle is an important touristic destination and a landmark for Romanian tourism, not only because of it's beauty, but more because of the legend of Count Dracula.

The national museum of France and one of most visited and most important museums in the world.

Constantin Brancusi is a name with a strong resonance in the world, whenever Romania in mentioned in a discussion.

It is the second largest air museum in the world. Situated at 4 kilometers from the city Sibiu, it presents the wonderful world of the Romanian villages.

The clock museum, unique among the museums in Romania, introduces the visitor in the world of clocks, whatever their type might be.

This is one of the family of four Tate galleries and is the national gallery of international modern art.

The memorial “Shot Pillars” honours the martyrs from the December 1989 Revolution in Cluj, Transylvania, an artwork that delights both eye and the mind.

One of the largest and comprehensive collections, with more than 7 million objects from all over the world, illustrating human culture, from its beginning until nowadays.

The opposite of any tropical island, but with mesmerizing landscapes and a natural beauty, hard to find these days.

Yes, you are indeed in Scotland. Even though the scenery might have you to believe that you are somewhere in the Caribbeans.

The waters of the Danube, which flow into the Black Sea, form the largest and best preserved of Europe's deltas.

An experience like this is not only new and unique, but also reinvigorating and healthy.

Thirty hectares of dry and arid soil, dotted with miniature volcanoes- this is the scenery of the natural geological reservation from Buzau.

A unique reservation in Romania, which should not be missed.

In the heart of Fagaras Mountains , at 2034 meters altitude, standing here motionless and witnessing the passage of time, is Balea Glacial Lake.

Red Lake is a natural-dam lake, situated in Harghita County, Romania. It is relatively young, formed in 1837.