Mexico is full of myths and legends. From mountain villages hidden by trees to huge towns swallowed up by volcanic lava. This experience guides you through some of the lesser-known (but equally fascinating) historic parts of inner Mexico.

Think of it as escaping, the true Mexican way.

This trip starts with a night in frenetic Mexico City. Hole up at the cutting-edge Condesa DF where a cocktail with a view on their rooftop bar is a must before hitting the sack.

patzcuaro: the door to heaven 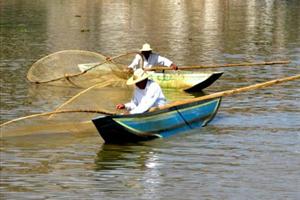 By the shores of the Patzcuaro Lake, high in the Michoacán Mountains, this small, un-touched town is a peaceful escape from fast-paced life in the capital.

This little gem has avoided modernisation, so roaming the ancient streets is a must. After checking into the colonial Hacienda Mariposas, surrounded by acres of gorgeous meadows and orchards, don your walking shoes and take a boat trip out to Janitzio in the Patzcuaro Lake.

This old hillside island town leads the way to a grand statue of Mexican independence hero Morelos, so large it can be seen from miles around.

A place of mystery and legend, the original Purepecha Indians named Patscuaro ‘the door to heaven’, and we can see why this is where the locals go to escape.

volcanoes and legends on horseback

Now for some Volcanic time: head out on a day trip to Parangaricutiro, a Purepecho Indian community at the foot of the Paricutin volcano. This is one of the Seven Wonders of the Natural World, and the youngest volcano in the Western Hemisphere.  But panic not: the volcano finished erupting over 50 years ago so it’s perfectly safe. We promise.

We love doing this tour on horseback, riding through Parangaricutiro and Paricutin: both swallowed up by the volcano’s lava flow.

Look out for the lone bell tower of the Temple of San Juan de las Conchas, emerging from the rocks. This mix of Spanish and Arab design is the only visible evidence of the towns which are now buried.

Now that you’ve seen a part of Mexico that lies behind the normal tourist spots, return for one more night in the capital. When you get home you’ll have photos and stories to share about a part of Mexico we’re sure your friends never knew about.

Going to Hidden Towns And Volcanos ?
... and need recommendations