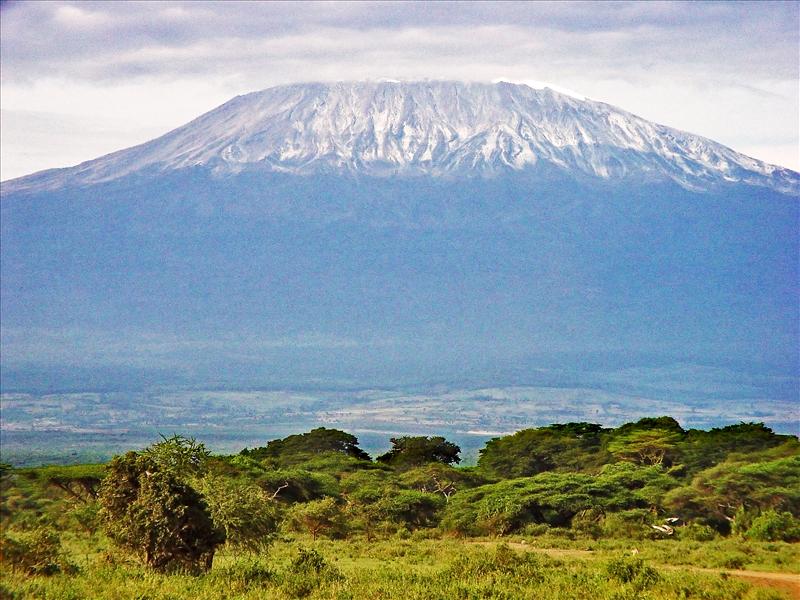 The inactive volcano in north-eastern Tanzania offers a splendid view of the surroundings to all the adventurers that dare to climb the peak. March to June the long rainy period (monsoon) is often accompanied by violent storms, while the short rainy period which runs from November until mid January is much more gentle.

Climbing the Uhuru peak is considered to be a relatively straightforward challenge. Often the three shortest and less difficult routes, Marangu, Rongai and Machame are being ascended by individuals with limited mountaineering experience. The ascent of Mawenzi requires more advance skills such as rock or ice climbing. However, a lot of time must be taken for a proper acclimatization, in order to prevent altitude sickness. Still many hikers take altitude-sickness medication.

The route travel takes from 5 to 9 days to summit and return to the base of the mountain. On the Marangu route, huts with facilities such as bathrooms, electricity and even cooking are available, while the camps on the other routes offer less. These huts and caps have rangers stationed at them with rescue facilities that can transport climbers to lower altitudes in case they have altitude-sickness.

Because the scree is frozen together at night, summit attempts are generally undertaken at this time. Out of approximately 15,000 people attempt to climb the mountain every year, only 40% reach the summit. Up there a sign printed in English version only is posted by the Tanzanian government: "Congratulations! You are now at Uhuru Peak, Tanzania, 5,895 m. AMSL. Africa's Highest Point. World's Highest Free-Standing Mountain. One of World's Largest Volcanoes. Welcome."

Not to be underestimated, the total trek is a little over 100km with a height gain of 4405 meters. But the challenge of climbing Mt. Kilimanjaro is a very rewarding adventure for the aspirant mountaineer willing to combine the hiking and the African adventures.

Some photos courtesy of:

. The photos provided by Flickr are under the copyright of their owners.